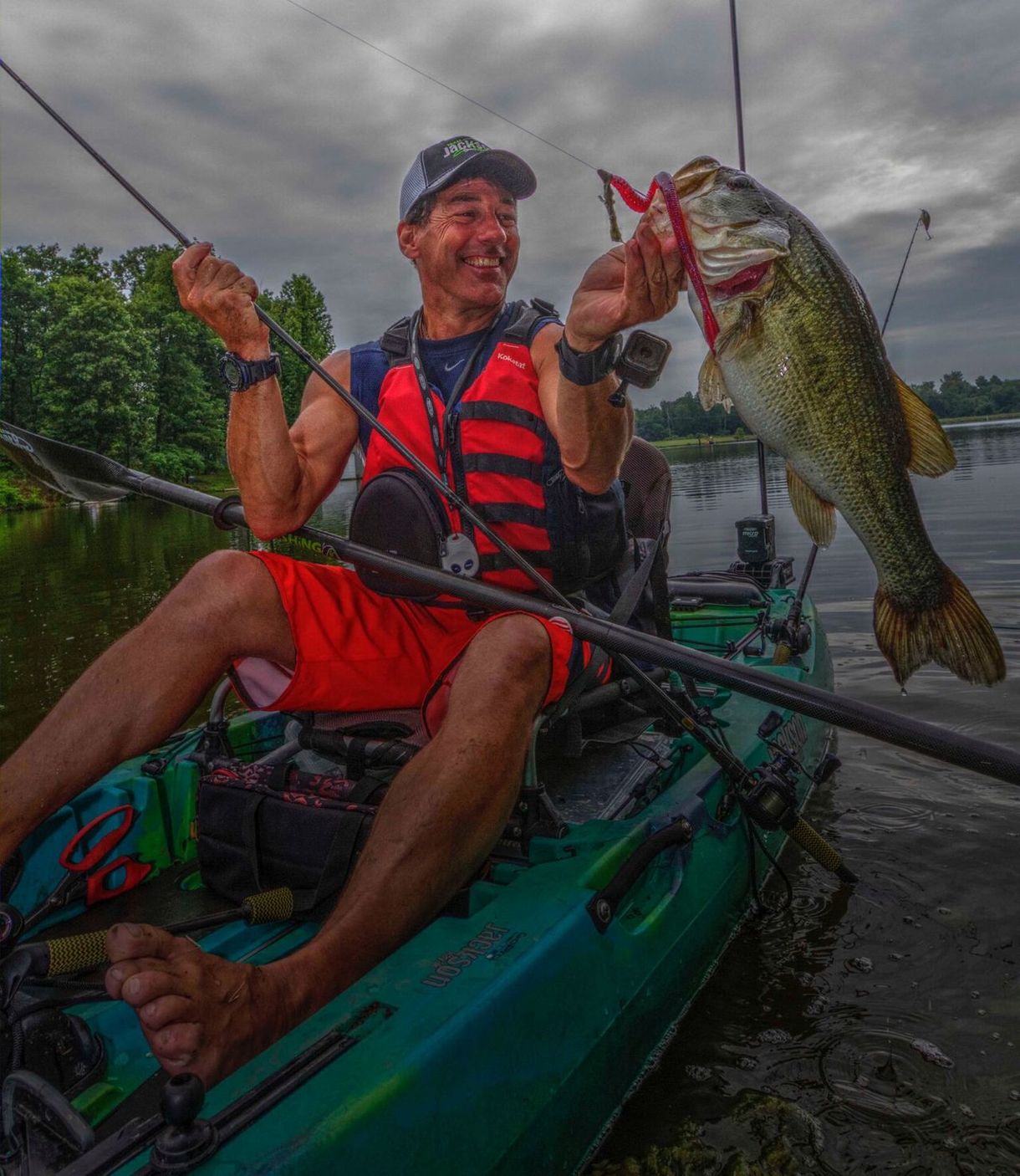 ERIC JACKSON, Eric “EJ” Jackson is to kayaking as Laird Hamilton is to surfing and Tony Hawk is to skateboarding or Kevin VanDam is to bass fishing. Dedicated to the sports since his father first turned him onto it when he was just a teen, EJ – with the support and encouragement of his best friend and wife, Kristine – has followed his passion for more than three decades, accumulating along the way an unprecedented number of competitive titles and recognition including Olympian, World Champion, and inductee, International Whitewater Hall of Fame. Never content to settle for the status quo or take conventional wisdom too seriously, EJ innovates on and off the river. On his way to becoming the winningest kayaker in history, EJ invented such staples of the freestyle boater’s bag of tricks as the Splitwheel, McNasty and Lunar Orbit. Off the water, he – along with longtime design partner David Wright – has been designing some of the sport’s best-selling kayaks.

EJ sincerely believes in better living through kayaking. To make sure more people, especially kids, have access to kayaking, in 2003 EJ and business partner Tony Lunt launched Jackson Kayak. With the widest range of boat sizes and trademark emphasis on comfort, durability and ease of use, Jackson Kayak quickly became the best-selling brand of whitewater kayaks for all ages and abilities. In 2010, Jackson Kayak debuted its first kayak fishing boat. The Coosa became an instant hit among anglers spawning an expansion of the line to include hot selling environment-specific boats designed to increase enjoyment and success on any inland waterway or offshore fishing outing.

When the iconic athlete turned 50, he still continued to pull down Top 10 finishes and remain a perennial threat at the world’s biggest competitions. His lifelong dedication to a level of fitness  allows him to continue to be a threat in every competitive venue has also been recognized by the likes of PEAR Sports, where EJ has provides workouts for the innovative real-time fitness coaching app. His fiftieth birthday also marked a full quarter century that EJ’s been a member of the USA Canoe Kayak National Whitewater Team and perhaps more importantly, it was his silver wedding anniversary to his wife, Kristine. EJ is among the most prolific authors of instructional books and videos helping others learn everything from basic strokes and concepts to the most advanced freestyle moves. Among his proudest achievements, EJ co-authored the next generation of kayaking champions and innovators – his daughter Emily, a two-time World Champion, son, Dane arguably the top whitewater kayaker in the world today and son, KC, a budding kayaker-to-be. EJ and Kristine are also proud grandparents to Tucker, the son of Emily and her husband Canadian National Champ and another World Champion titleholder, Nick Troutman.